The Nissan Kicks is a subcompact crossover SUV produced by Nissan since 2016. Nissan says the Kicks will retail for under $19,000. Nissan believes the Kicks will perform well in cities. WardsAuto named the 2019 Nissan Kicks compact SUV to its list of “10 Best Interiors” at the New York International Auto Show. After a rigorous evaluation of 32 vehicles with new or significantly redesigned interiors, the Kicks stood out for a number of attributes, including having the lowest price-as-tested MSRP of the entire field. The Nissan Kicks has some strong inside game as it was named to have one of the best interiors. 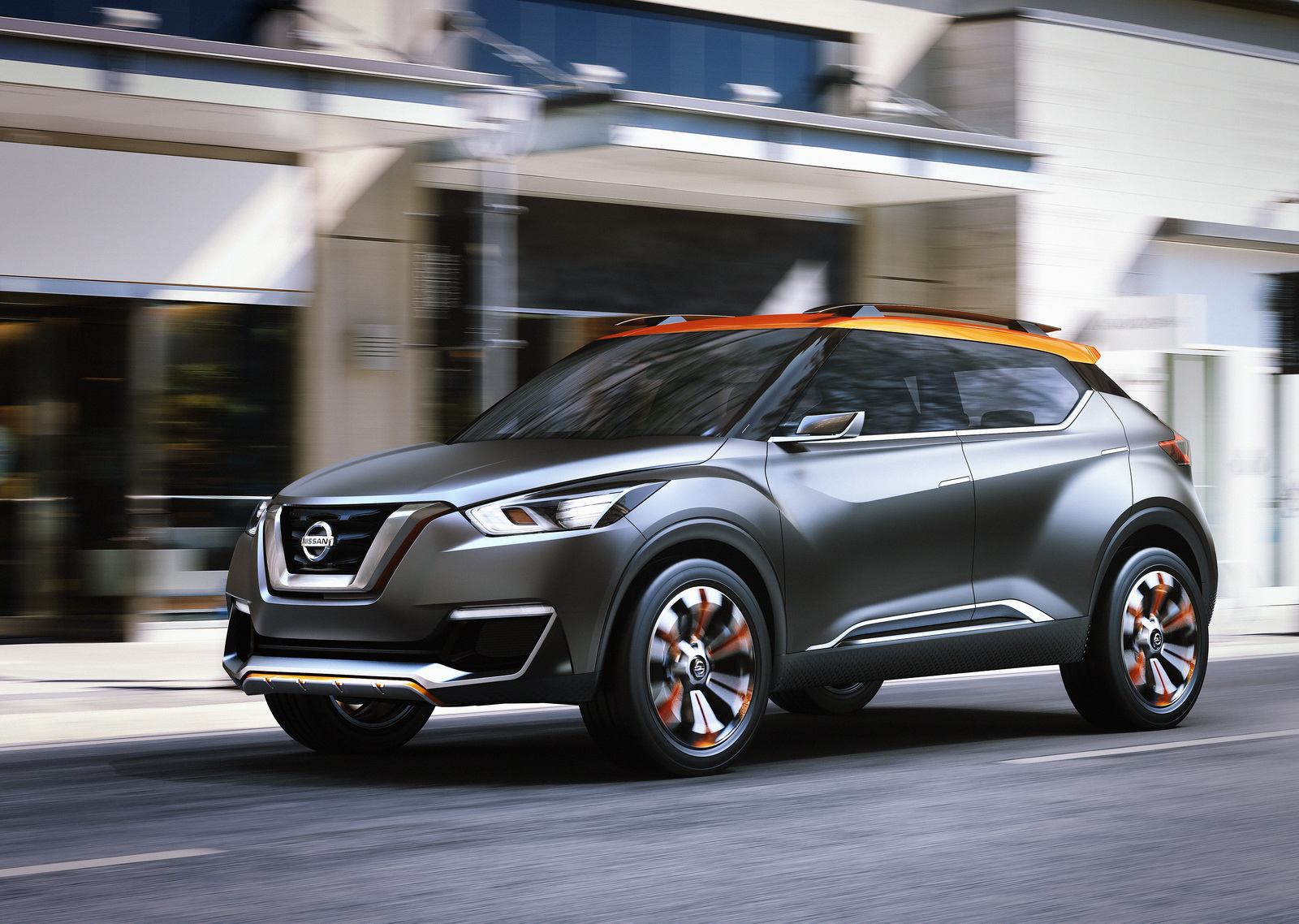 * * * The New Nissan KICKS comes with first-in-class Around View Monitor, best-in-class 8.0” Touch Infotainment System with Android Auto and Apple CarPlay and class leading ground clearance of 21cm. All this, makes The Intelligent SUV the unmatchable one in its category. 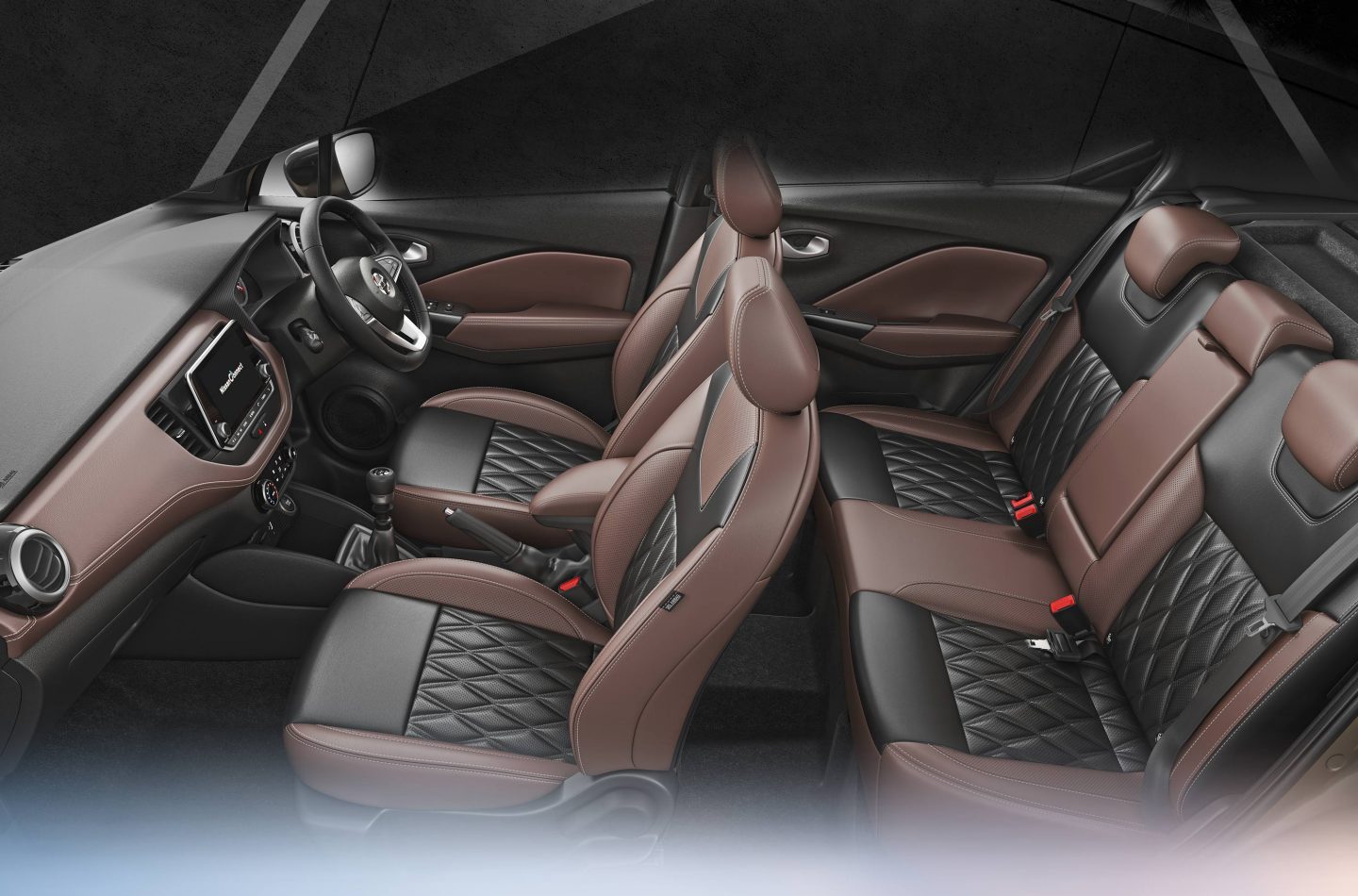 * * * Step inside the New Nissan KICKS and you will know what true luxury means. The comfortable seats, fine stitching, ergonomic design and use of premium materials add to the comfort and aesthetics of The Intelligent SUV. 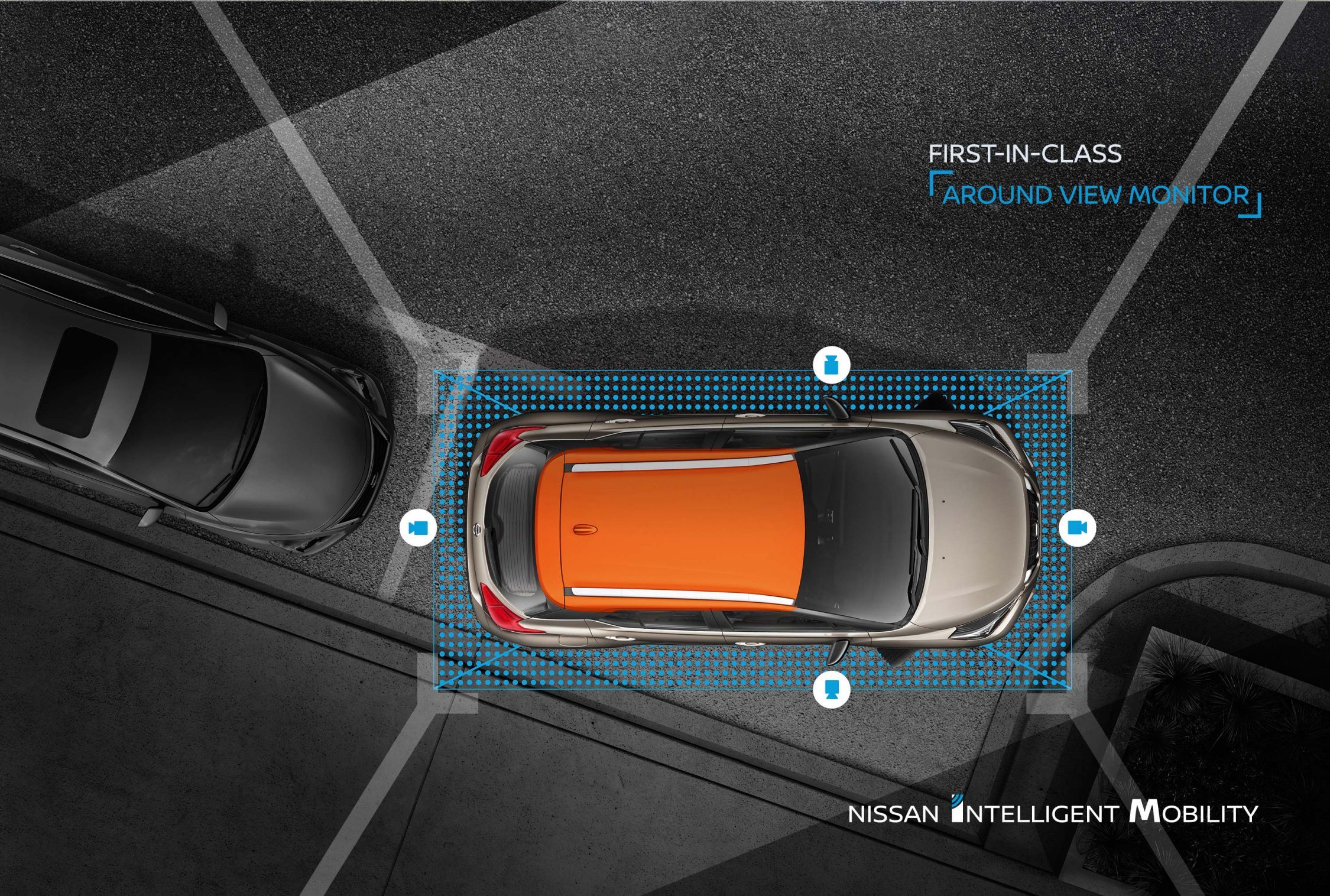 * * * Nissan Intelligent Mobility focusses on connecting the driver to the car and this is what the New Nissan KICKS is about. It comes with First-in-Class Around View Monitor and NissanConnect that has Smartwatch Connectivity and 50+ features.
Nissan is offering a variety of accessories to customise their new Kicks SUV. 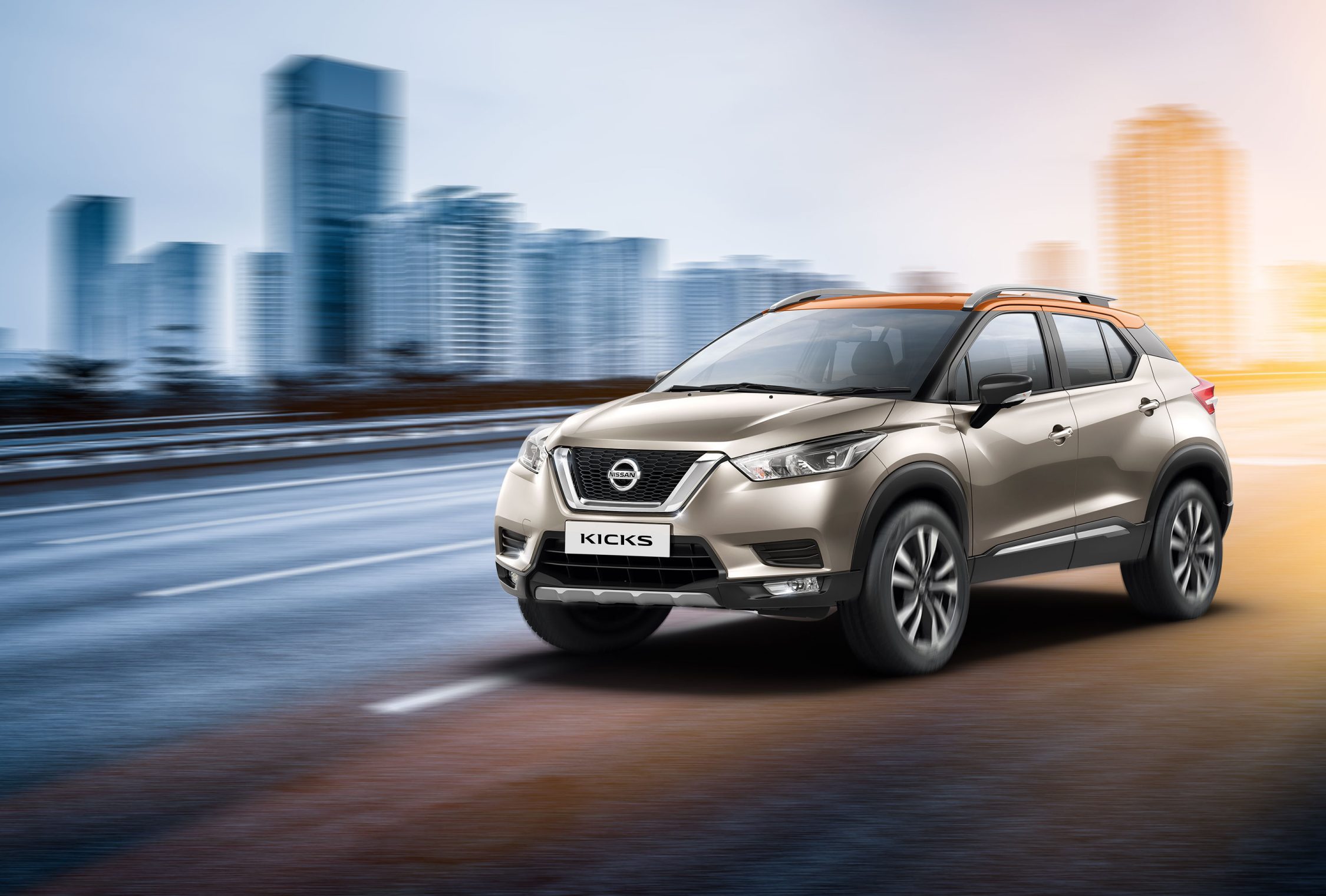 * * * The New Nissan KICKS has been inspired by your love for technology. Its agile right handling and least turning radius enables the biggest SUV in its category to offer a superior driving experience.
International market
Originally unveiled as a concept in 2014, the Nissan Kicks was showcased across Brazil during summer 2016 to promote the Summer Olympics, of which Nissan was a lead sponsor.
The Kicks replaces the Nissan Juke in the United States.
It is sold globally except Europe, Israel, Japan, Australia and New Zealand.

Your KICKS. Your Way.

* * * It is #MadeOfMyStuff and you can personalize it even further by choosing the accessories you like. Now create a New Nissan KICKS that’s made by you.
Engine
The Kicks is equipped with Nissan’s HR16DE 1.6L I4 gasoline engine shared with the Versa. This motor generates 125 hp and 115 lb-ft/155 Nm torque. Nissan rates this engine to receive an EPA fuel economy rating of 31 miles per gallon city and 36 miles per gallon highway.
The Nissan Kicks SUV is finally on sale! With introductory prices.
The Chinese version uses Nissan’s HR15DE 1.5L I4 gasoline engine.
Transmission
The Kicks is offered with either a five-speed manual transmission or Nissan’s X-Tronic CVT; the latter being the only option in the U.S. market.
On August 1, 2018, Mexican automotive magazine Autología took a Fan Edition version of the Kicks on a moose test. Due to a lack of an electronic stability program (ESP) in this particular trim, the Kicks nearly rolled over while performing the test at 65 km/h. A higher-spec model with ESP was also tested, and it managed to keep all four tires on the ground at the same speed but the driver did not feel the car could manage to return to the road, hence failing the test.
Indian market (P16)
Nissan Kicks (P16)
Overview
Model years 2019–present
Assembly India: Chennai (Renault India)
Body and chassis
Platform Dacia B0 platform
Powertrain
1.5 L H4K petrol engine (106 PS/142 Nm)
1.5 L K9K diesel engine (110 PS/245 Nm)
Transmission
CVT
6-speed manual
Move to your own beat with Nissan Kicks. Kicks let’s you stay connected as you drive while it’s best-in-class fuel technology takes you farther!
Dimensions
Wheelbase 2,673 mm (105.2 in)
Length 4,384 mm (172.6 in)
Width 1,813 mm (71.4 in)
Height 1,590 mm (63 in)
Chronology Predecessor Nissan Terrano
For the Indian market, a larger car with a similar styling as the original Kicks was introduced on 22 January 2019. However unlike the original Kicks, it is assembled on the Dacia B0 platform to reduce production costs.

* * * New Nissan KICKS brought the biggest prize of Cricket to India – ICC CWC Trophy. 10 cities visited and millions of fans engaged. Stay tuned for more updates.
The Nissan Kicks is the latest subcompact suv that slots in under the size of the Qashqai , or Rogue Sport